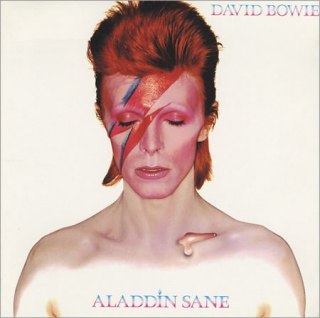 History
The sixth album from David Bowie is regarded as one of the best, but many critics land on both sides of believing whether it is good or not. Rolling Stone has listed six of his albums as the greatest of all time, including Aladdin Sane, and Pitchfork Media also mentions it. It was the most successful album to be released in American, and the U.K. It topped in U.K. and placed #17 in the U.S.
My Thoughts
I always look forward to listening to David Bowie. He’s sassy, and he’s unique. It’s hard not to have attitude and be proud for it when you listen to him. Though not every song caught me there were ones like “Aladdin Sane”, and “Time” that really stood out for another listen as soon as I get through the whole album. Bowie just doesn’t seem to be afraid to be himself, and sing about what he wants.
Rating 4 of 5.