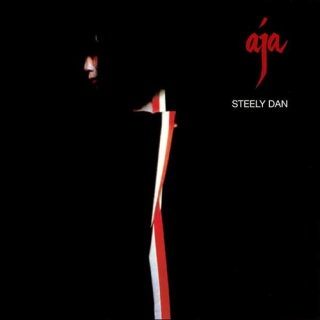 Steely Dan definitely is sounding different from when they started, and I would even say a lot more jazzy. You can still recognize it’s Steely Dan, but one who sounds like he has perfected his style more. This would also go on to be the group’s best selling album they would release. Not only was this album a hit with audiences though, but the Library of Congress added it to the United States National Recording Registry for the trademarks of being “culturally, historically, or aesthetically important”.

One of the members would describe this album to be two distinct sounds of jazz and pop, and I do agree. I think this is what makes the album a lot better because these two styles of music can be a lot of fun especially in the 70s, so it makes the album fun. “Black Crow” kicks off the album, and while a good start to set up the album it definitely isn’t the one that stuck with me after listening.

“Aja” the title song is next on the album, and is appropriately placed. For some reason it just seems suiting to have the title song not first, the middle, or the end, but somewhere near the top. Some of the better songs are to come later this one. For correct saying, Aja is pronounced Asia. It’s the end songs that liven up the album from the usual though.

Songs like “Home at Last” and “I Got the News” are some of the fun songs of the album though that show case a side of the band that I don’t think I’ve heard on prior albums, but still keeps in line with the style they are known for. The fact that they are mixing genres does also bring something stronger to the album as it is done very well. I haven’t been converted into a Steely Dan fan though yet. The music still isn’t something I would turn on without the help of the list continually putting their albums on it.