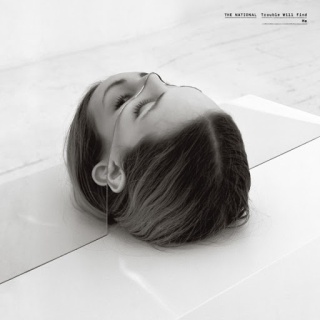 The National have grown stronger over time since they started around a decade ago. High Violet probably so far is the height of their career, but Trouble Will Find Me provides something new, and just as good to rival it in the sound of the album. The songs move well together, and as the band has proven in the past they know how to fit each song to the tone they have established at the beginning of an album.

History: Since 2000 the band has been making music together, and only gotten drastically better with time. The next album on my list is also from Nick Cave and the Bad Seeds, which they have been compared to sounding like as well. Trouble Will Find Me had much of the same reception as their past albums as well with it being received positively by fans and critics alike.

Vocals: Matt Berringer has the most recognizable vocals of any artist I’ve heard. His vocals take some getting used to, because you probably haven’t heard many artist who can utilize their baritone vocals as well, or expand it to hit the ranges his does. “Slipped” perfectly aligns the bass to match the tone of his vocals as well. The whole instrumental arrangement seems to be working together to highlight how the vocal is conveying the sort of darker tone of the music.

Instrumentals: The instrumentals are sad, but well done on the album. Aaron Dessner stands out again on the piano, and balances it well with the other musicians in blending the rock sounds with the piano so it never sounds too poppy, but also isn’t identifiable as rock. The instruments are just well put together to give a music a deeper feel that lacks in a lot of other bands’ music. It has this impacting nature you can’t forget after listening to.

Recording: I think Boxer, High Violet, and Trouble Will Find Me all rank pretty high together that I could never choose one as a favorite. Mostly, because they all take a certain mood to listen to, and depending on which mood you’re in will also depend on which I listen to. The recording on Trouble Will Find Me is always consistent though, and they stick with a theme that feels humbled a tad bit of shame throughout the album. It isn’t glorifying themselves or trying to disguise the nature of humanity and that shows through every level of te album from the instruments, vocals, and lyrics.

There are a few songs it’s taking me longer to get into, like “Sea of Love.” I’m sure with time though I’ll be listening to those just as often, but with the two prior albums I was finding something to like about every song through and through. What this album shows though is the band isn’t wearing out yet, and isn’t getting sold out on a sound so much so that they lose their flare for getting creative and giving music that still surprises, but still holds the same qualities we’ve always liked about the band before this one.